Where to start astronomical observations if you are an absolute beginner? Even if you have a telescope or astronomical binoculars, do not rush to use their help. To get started, just look at the night sky! 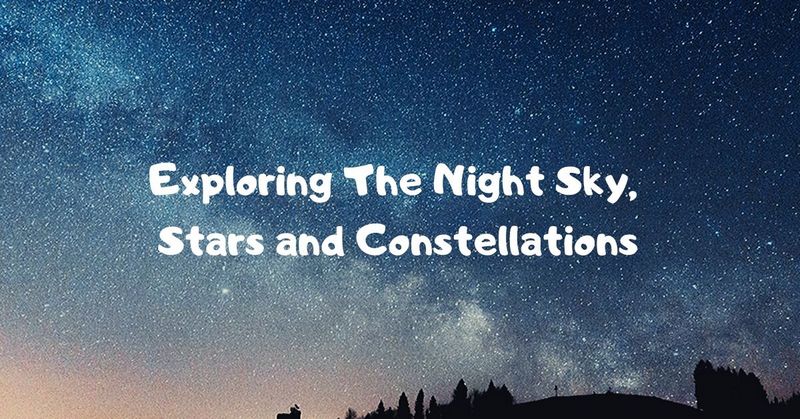 The sky is a striking sight on a clear moonless night. It looks like a giant tent of black velvet, covering the horizon from all sides, a tent dotted with many luminous dots. These are the stars.

If the sky is really dark, then it seems that there are countless stars in the sky. Especially dull, looking like diamond dust. If the atmosphere is turbulent, then the brighter stars often tremble and blink quickly – they flicker. This looks amazing!

In fact, one can observe only about 3,000 stars in the sky with the naked eye at any given time. The number of stars available for observation is approximately twice as large only on exceptionally transparent and dry nights high in the mountains.

Although the stars are randomly located in the sky, we tend to connect them mentally into various shapes – triangles, chains, squares. For what? To somehow navigate the starry sky, to remember the bright stars!

For this purpose, thousands of years ago, people began to divide the starry sky into constellations. The eye found familiar luminaries among those scattered in a mess – the outlines of objects and people, as well as animals – real and mythical. That is how the Orion, Leo and Scorpio, as well as many other constellations, appeared.

Today, constellations are strictly defined areas of the sky (there are 88 constellations in total). They may consist of one (Ursa Major) or several memorable drawings (Orion), or they may not have one at all. Memorable star shapes (or patterns) are called asterisms today.

One simple fact is amazing: the outlines of even the most ancient constellations have not changed at all for millennia! The starry sky is like a frozen picture. Ancient people knew that the relative position of stars does not change. That is why they called them “fixed stars.” Only 300 years ago, Edmund Halley discovered that stars still have their own movements. They are not “pinned” to the sky!

View of the starry sky

However, the view of the sky at night is not always the same. The starry sky is in constant motion: it rotates from east to west. The celestial sphere has an axis of rotation that points to the celestial poles – North and South. The North Star is located near the North Sky Pole. It is famous for almost standing still. At the same time, all the other stars move around it, making daily circles in the sky.

The view of the starry sky depends on the time of day and time of year. Since the axis of the celestial sphere is tilted toward the horizon, the starry sky rotates slightly on its side. As a result, many constellations like the Sun and Moon rise in the east, rise above everything above the horizon in the south and set in the west. Therefore, we observe some constellations in the evening and completely different ones in the morning.

Finally, the view of the starry sky is affected by the latitude of the observation site. The North Star is located at its zenith at the North Pole of the Eart, and only one hemisphere of the celestial sphere is accessible to observation – the North. But what will happen if we start moving south? A polar star will begin to sink in the sky, and not only all the stars of the northern celestial hemisphere but also partially southern will become available to our observation. Finally, at the equator of the Earth, you can observe all 88 constellations for the year!

What is available for observations in the city?

You should bear in mind that using a telescope, you can see only the brightest nebulae and galaxies in the city sky. To truly enjoy the objects of deep space, you need to get as far away from the city lights as possible – into the forest, into the mountains, etc.

Some museums and planetariums invite children and adults to attend special events where they can explore the night sky, learn about stars and phases of the moon, and even make some space ice cream!