Why Do We Say “Trick or Treat”? 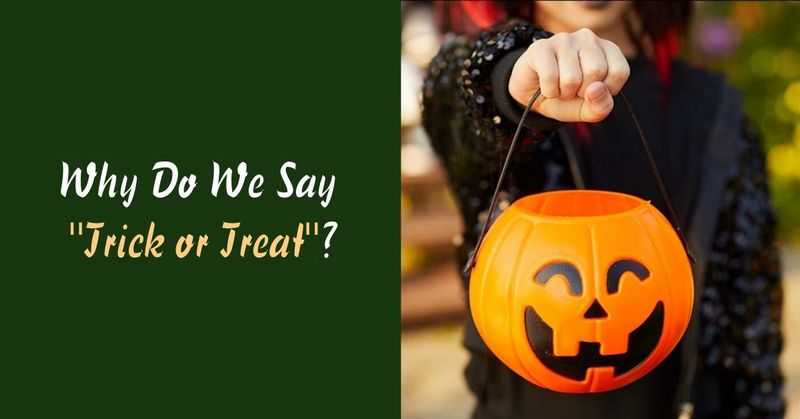 Trick-or-treating (also known as Guising) is one of the traditions of the Halloween holiday in many English-speaking countries and in Mexico. Children in costumes (usually monsters but not necessary) go from house to house to beg for sweets, such (or, in some countries, money), asking «Trick or treat?»). “Trick” means a comic threat to cause harm to the owners of the house or their property if they do not give the children treats.

In North America, begging for sweets has become a common Halloween tradition since at least the late 1920s. People who want to take part in it usually decorate the entrances to their homes with plastic webs, paper skeletons and Jack’s lamps. Some owners simply leave sweets in pots on the porch, while others can take a more active part in the tradition and even ask the children to do something in order to get sweets. In recent years, this practice has spread to almost all areas of American cities.

The tradition of walking from house to house for begging sweets for many centuries existed in the UK and Ireland under the name Souling, when children and the poor sang and recited prayers for the rest in exchange for sweets. The tradition called Guising – when children dressed in costumes walked door to door, asking for food and coins – also preceded modern begging for sweets, and was also celebrated in Scotland for Halloween in 1895, when mummers with lanterns made from scoops from turnips, went home to beg sweets, fruits and money. This tradition is now widespread in the United States, Canada, Great Britain, Ireland, Puerto Rico, as well as northwestern and central Mexico. In this country, this practice is called calaverita (in Spanish, “little skull”), and instead of «Trick or treat?», Children ask: “Can you give me my little skull?”, and calaverita is a small skull made from sugar or chocolate.

Surveys of 2005 showed that 80% of adults in the United States prepare for Halloween by buying candy, while 93% of children intend to visit their neighbors’ homes to get sweets.

In the Slavic countries, there is a tradition of caroling, in which the homeowners endure caroling: sweets, cookies, money, etc. Owners should put all gifts directly into the bag.