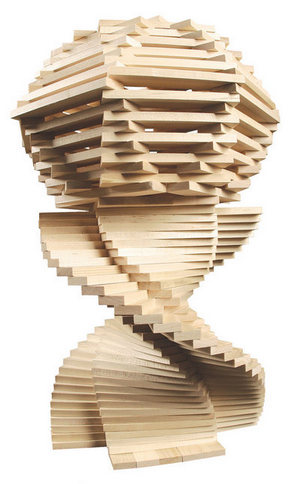 KEVA planks are building blocks for children of all ages. KEVA will take your child for a long time and distract from the TV or computer, as well as the adult will certainly like it. This constructor combines the functions of a puzzle. The game is to recreate the 3D object that is shown on the card. Images on cards are numbered in order from easy to complex. The game teaches balance, geometry and proportions.

Simple wooden blocks allow using your child’s imagination to the fullest and build both the simplest structures (garages for cars and turrets) and complex structures (for example, Eiffel Tower,).

The creators call KEVA planks the best friend of teachers to help improve the learning process. Assembling models from wooden planks calms and focuses children with hyperactivity disorder. Parents of children with autism note that they are very interested in playing with the same details. Creatively minded and gifted children get the opportunity to realize any fantasies in the assembly of unique author’s structures. Designer kits can be found in public and student libraries, where they help visitors relax and take a break from intense mental activity. One of the main features of the constructor is the improvement of communication skills and social adaptation of children, which develop in the process of collective assembly of structures.

Designer kits differ from each other only in packaging and number of parts. For example, a KEVA Maple 1000 Educator Pack for a school of thousands of planks in a large wooden box with wheels costs $400, a set of 800 parts in a canvas bag will cost $300. KEVA Brain Builders 3D Challenges and KEVA Brain Builders Junior for children from 8 years old each consist of 20 parts and 30 cards with pictures of structures and are packed in soft cases. They cost $16 each. These four products make up the Education Learning Series, while the Marple, Contraptions, Structures, Catapult, Trebuchet, and Wrecking Ball kits are for home games. The difference between them is only in cards showing the process of creating a particular model, building, structure, and the number of parts.

The most capacious definitions characterizing KEVA planks are “one-piece constructor” and “extremely unified developmental constructor”. You can really collect a lot of structures from it, but matchboxes, toothpicks, or domino tiles possess the same capabilities – it all depends on the ability of specific building elements to interact stably with each other and maintain a stable position in space. There are many videos on the Internet that depict the destruction of structures assembled from KEVA planks. Apparently, the goal of their authors was to achieve a state of ultimate equilibrium, after which the model can only be destroyed in order to try again to collect something original but too short-lived.

The designer’s audience is from 6 to 99 years old, and the division is made according to the complexity of the designs shown on the model assembly cards – the simplest ones are designed for small children, and complex ones, such as palaces and castles, are designed for children over 9-12 years old.

Using wooden planks, you can assemble a model that will illustrate such concepts of physics and mechanics as inertia, acceleration, weight, stability, trajectory, angle, force, friction. Architectural constructions from the designer KEVA planks are exhibited in 6 American museums. In 2006, a tower 18 meters high was built from the KEVA planks in the National Building Museum. The designer really allows you to create unique architectural objects, but it is just an elementary tool for translating the creative ideas of children, adolescents and adults.